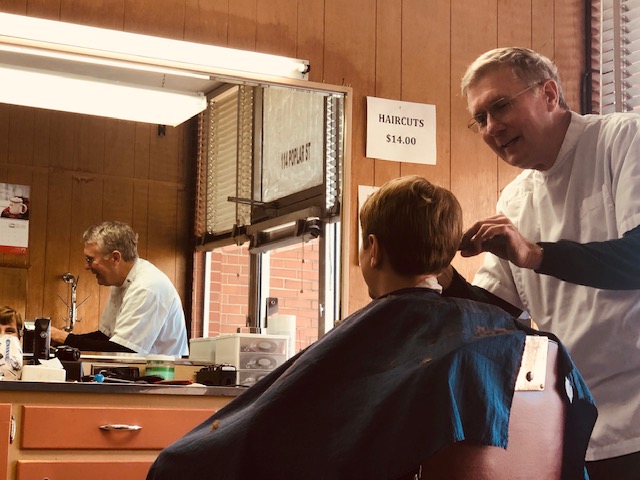 On this day in 1965 Lyndon B. Johnson was president, the cost of a stamp was .05 cents, The Beatles appeared on Shindig, and Mr. Dennis Hawes began his career at Bridgers’ Barber Shop in downtown Elizabethtown. Today Hawes celebrated 55 years in his career as a Barber.

His first day on the job was Wednesday, January 20, 1965. “We had just had a snow and there was still a little snow on the ground,” Hawes recalled.

The 1965 Barber School graduate, Hawes made an agreement with Mr. Richard Bridgers, owner of Bridgers’ Barber Shop soon after he graduated.

Since that fateful, January 20th, Hawes has been at the same chair making the world look better one haircut at a time.

One barber shop customer said, “Dennis has more friends in Elizabethtown than anyone.  Everyone respects him and likes him.”

Hawes enjoys his job. The clippers and razors at Hawes chair will continue their service for years to come.

When asked what he liked most about it, he explained, “There is always something new.  You think you’ve seen it all and then you see something new.” 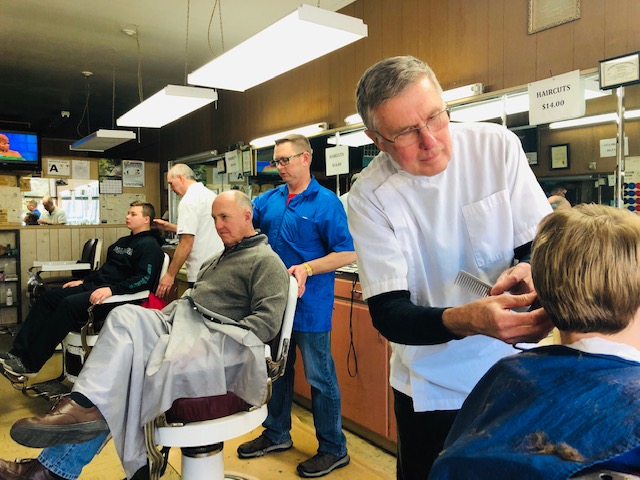 A long time customer of Hawes said, “This is a fine man right here, a good Christian, husband, father and friend.  I’m proud to say he is my friend.”

If you would like to congratulate Hawes, stop by and see him at 114 South Poplar Street in Elizabethtown.